What’s the best way to get the best deals on good condition figures?

Now that I can’t buy a new figure due to lack of budget, I’d like to do a column-like post where I talk about this and that about figures on the spur of the moment.

The theme for this issue is “The best way to get a figure in good condition at the best price”!

This time around, we’re going to look at which sales method you can use to get the best deals when buying figures in good condition.
In my opinion, the best way to save money is to buy it during the pre-order period or from the official page. I feel that this is the best way to do it. I’m going to tell you why.

Let’s start with a failure story.

The purpose of this blog is to introduce you to the appeal of adult figures with a large number of photos. When that happens, you naturally need a figure to be the subject.
For me, adult figures fall into the category of expensive purchases, so I want to be able to get a little bit of a deal on them.
So I decided to use Yahoo! to get a certain figure. It was a price setting about 3,000 yen higher than the list price when I investigated, but the sale had already ended, because a price higher than Yahoo Auction was attached to any mail order site, I judged that it would be the best deal to purchase in Yahoo Auction, I purchased via Yahoo Auction.
After that, I checked again, and to my surprise, the stock was sold on the official page, and it was available for purchase at the list price!
It means that I went out of my way to buy something that could be purchased at the list price, but at a higher price of 3,000 yen.

It seems that many of the beauty figures use “made-to-order” as a sales method. This is a method of accepting orders for a certain period of time before release and then producing them. Therefore, if you miss this ordering period, it will be difficult to get it unless it is resold.
As a result, these items tend to premiere, and those in good condition, such as new and unopened, can be priced at more than twice the list price. For this reason, it has become the norm at auctions and flea market apps to sell items in good condition for more than the list price.

At the time of writing this article, the following figures were on sale at Surugaya for nearly double the list price. Be sure to check out how much of a difference it makes to the list price. 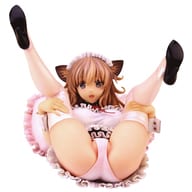 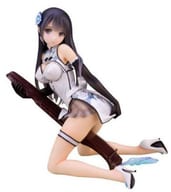 That’s why it’s the best deal to buy it on the official page!

Adultfigures are sold on a made-to-order basis.
As a result, the volume of distribution is limited and it is easy to get a premium.
I introduced the structure of the
Therefore, when purchasing a adult figure, it is best to preorder it during the preorder period.
If you pre-order it, at least you won’t go over the list price.

When you buy a pre-ordered product, the price does not seem to change on the official page and other major mail order sites such as Amiami, so I think it’s better to buy on the site you usually use.
However, I would recommend checking the official page first if you are going to buy a product whose order period has ended. The reason for this is that “the stock may be listed in the warehouse”.
The following image is the mail order site of the official page of the native.
Even though orders have been placed, there are some items that are still on sale.

Summary: The best way to get a figure in good condition is to pre-order it!

If you’re going to get a figure in good condition, buying it during the pre-order period is the best deal as a result.
The time between the order period and the actual shipment of the product is a little short, but in such cases, let’s wait patiently for the product to arrive while watching the video.

Comments are closed, but trackbacks and pingbacks are open.